With the constant internet social grass wars, the land grab is gradually becoming much better. Now, the internet is more blocked and controlled than earlier as some of the companies have started controlling 95% of the social data.

However, this term big data has been thrown long ago over the past 15 months. Here, I mentioning is user data that mainly from social businesses and can be leveraged to develop other applications and businesses if done within the confines of a company API. 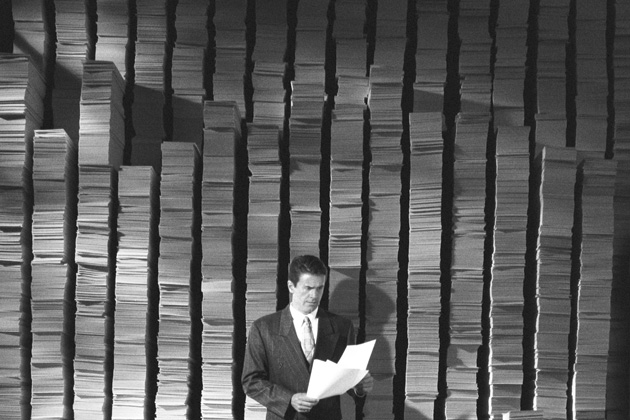 Let’s consider some of the best examples: Facebook’s developer, product architect, entrepreneur, etc. may want to study the names, pictures or shares. Well, what about Snapchat: shares or number of sent items. Tesla: car location, energy consumption. Instagram: users, hearts, and comments. A complete list goes on and on and never ends.

I was thinking that what makes a good app; therefore, I researched and spent some of the time on it. Well, the answer is extremely simple: data. It is precise: users and their respective meta-data. So, users are data. Without data, it is not going to work the way you want it to.

However, the follow-up always been like this “How Do I Get Users?”

Already obtainable social websites want you to trust that by connecting to them and through them, users will surely come. But only that were true. The thing is that to break the record, you can’t buy users. You also cannot connect to obtainable websites to influence users or anything between. However, most of the users are got bored of new and somewhat the same software. For developing a successful application, distribution is the most difficult part.

A lot of developers prefer to go deep into the social graph on Facebook. They were also injecting evocative data in a classy way to all sorts of web and app products. Moreover, developed also used to request big and complex datasets without getting regulated by bandwidth limits. It’s not that some of the big companies allow you to use their data doesn’t make their data accurate and useful.

From the last couple of years, there is a huge shift in it. Unfortunately, one of the best ways to show such change is to look at the rise and fall of Zynga. With Facebook opened their API and allowed users to go deep into the Facebook graph, more than any other company took benefit and built a wonderful gaming business through Facebook Graph API.

Facebook started making changes to how developers can interact with particular data and as instantly as Zynga grew, they chop. A lot of other companies are also there, small and big, that have also affected and suffered same decrease.

These days, the modern yet top social big data players trap people like you and me in like a kid in a candy store with no coin to spend, there will be only infinite temptation and promise of sweet solutions. With the announcement of high-quality and fast data exchange or deep penetration into graphs is the text of all the modern big businesses’ API documentation. Well, it is true that you can have the data at your desired speed, but when you hit the API verge, the feed will go from Niagara Falls to a leaking sink spout. But what if your business relies on its capability to instantly retrieve data?

Like this, you are capable of accessing set graphs and do deep analysis, but make sure that you dig a litter deeper so that you get and they provide you with 1-3 percent of anything meaningful about a specific location, person, hearts, shares and so on.

Ultimately, Zynga and other lesser-known businesses showed that if you develop a business on top of another business, you are at the urge of their decisions. Gradually, they will change the way you interact with their data that has huge inferences on the permanence and effectiveness of your business. The promised land of green meadows, boundless and fast data requests and deep diffusion of user data is finished.

The real meadows are a tease as the internet and social businesses have matured in the time, and the value is the walled garden. The capability of market and sell advertising wins every time by keeping user data within the limits of the core business. The markets are extremely small to support that model.

Still, there is huge potential, so we all just need to think in a more changed manner. However, you can’t only think like this that “I’m going to come up with an idea and leverage an existing community to make it thrive.” Because APIs are not allowing these types of development anymore. As Uber has done recently, Pinterest and Snapchat, the mindset of the entrepreneur wants to be one of the new community, specialized approaches.

Therefore, you make sure that you don’t make the social be the simple pillar of the business, so consider it like a feature. Depending purely on social without all-embracing premise is paradoxically private, and it is the quickest way of the back of the app store.